Industrial hemp may be farmed solely under relevant state and federal legislation, including the 2014 and 2018 farm bills and the expected US Department of Agriculture regulations. The following material is offered only for educational reasons to keep licensed producers compliant with applicable state and federal regulations. For issues about the legality of cultivating industrial hemp in your area, contact your local authorities, Department of Agriculture personnel, or a personal attorney.

The Farm Bill (Section 7606 of the federal Agricultural Act of 2014) authorized the cultivation of industrial hemp within authorized pilot programs in 2014.

The 2018 Farm Bill decriminalized industrial hemp growing and charged the USDA Agricultural Marketing Service with developing hemp production rules. They had not completed the criteria for lawful industrial hemp grown under the 2018 Farm Bill at the time of publishing. They must respect all regulations and restrictions until they are, according to Section 7606 of the 2014 Farm Bill. In addition, the Food and Drug Administration will continue to regulate hemp following existing federal regulations.

No one should put the 2018 Farm Bill production provisions into action until the USDA regulation is complete. For further information, Oregon producers, processors, and members of the general public should contact the Oregon Department of Agriculture or their legal counsel.

Some botanists classify Cannabis as C. sativa (fiber/grain), C. indica L. (drug), and C. ruderalis Janisch (intermediate, or wild, type). However, people crossbred the three species to produce hybrids with desired qualities, prompting some botanists to claim that all subtypes belong to C. Sativa, separated into separate subspecies or chemotypes (chemically distinct entities in a plant).

Industrial hemp is a temperate zone crop that thrives in northern latitudes between the 42nd and 45th parallels. It thrives in the Pacific Northwest.

Industrial hemp is a cross-pollinating annual plant with fast growth and development, resulting in significant biomass buildup. The height and size of registered industrial hemp cultivars vary greatly. Fiber and food are two historical use of industrial hemp.

Industrial hemp seed oil is appreciated as a healthy table oil and has several uses in cosmetics, nutraceuticals, and functional meals.

Cannabis sativa has recently been rediscovered as a high-value crop and is swiftly becoming entrenched in the United States. C. sativa can be utilized in various ways, including as a source of natural pharmacologically exciting compounds. C. sativa’s varied economic outputs serve as the foundation for categorizing hemp into four categories: (1) fiber hemp, (2) oilseed hemp, (3) hemp goods for therapeutic markets, and (4) hemp goods for recreational markets. Industrial hemp refers to both fiber and oilseed/grain hemp.

Fiber hemp is also used in planting materials, biodegradable mulch pressed, and molded fiber products, including those used in the automobile industry, paper and pulp products, building-construction products, insulation materials, and animal bedding (made from the fiber hemp). In addition, hemp shows promise as a biofuel crop due to its high biomass yield.

Since ancient times, humans have eaten hemp seed. Hemp seed, seed flour, seed powder, seed protein, seed oil, and hemp meal are all-grain or oilseed hemp products. Hemp grain is now employed in human health food due to the optimal omega-6 and omega-3 fatty acids in hemp oil. However, it is not currently permitted in the United States to feed hemp to animals.

Hemp seed oil is utilized in various cosmetics and as an alternative for other industrial oils. The hemp seed oil has a nice flavor and is used as table oil and as a salad dressing in the same way as olive oil is. You should not use hemp seed oil for frying or baking since its taste degrades at temperatures exceeding 320°F (160°C), and it may generate harmful byproducts. Furthermore, hemp seed and hemp seed oil do not have a long shelf life. Sterilization of hemp seed (which is necessary for North America when used for food) may promote the rancidity of the oil within the seed.

Hemp seeds are stored in dark containers and chilled to increase their shelf life and maintain their quality. The majority of hemp grain imported into the United States originates from Canada, where industrial hemp has been permitted since 1998. As a result, Canada is a significant producer of oilseed hemp, with the majority of Canadian hemp seed shipped to the United States.

Industrial hemp oil comes in three varieties: cannabidiol (CBD) oil, essential oil, and seed fixed (fatty) oil. Cannabidiol oil is allowed in several places and is used in several products ranging from sparkling water to moisturizer. However, scientific study has yet to confirm CBD’s alleged health advantages. Unlike the other primary cannabinoid molecule, tetrahydrocannabinol (THC), CBD is not psychoactive and does not have “abuse liability,” which means it is not addictive.

Cannabidiol is recognized for a wide range of pharmacological effects, but further study is needed to determine CBD activity’s specific mechanism and safety profile. The FDA authorized a pharmaceutical-grade CBD extract as a new drug in 2018 to treat two uncommon types of epilepsy in children. Since 2010, another cannabis-based medication containing 1:1 THC and CBD has been on the market.

Hemp stems include three types of fiber cells: main phloem, secondary phloem, and xylem. The outer cells that supply long fibers are part of the significant phloem. The cambium’s inner cells produce secondary phloem short fibers, and the wood (hurds) within the cambium produces short fibers. The more expensive the fibers, the longer they are.

The height of the fiber hemp plant, the diameter of the stem, and other physical characteristics are determined by the genotype (variety) and the environment. In addition, agronomic variables (plant density, irrigation, fertilization, harvest timing, and so forth) significantly impact plant shape, fiber output, and quality. 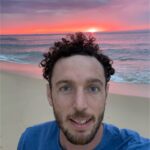